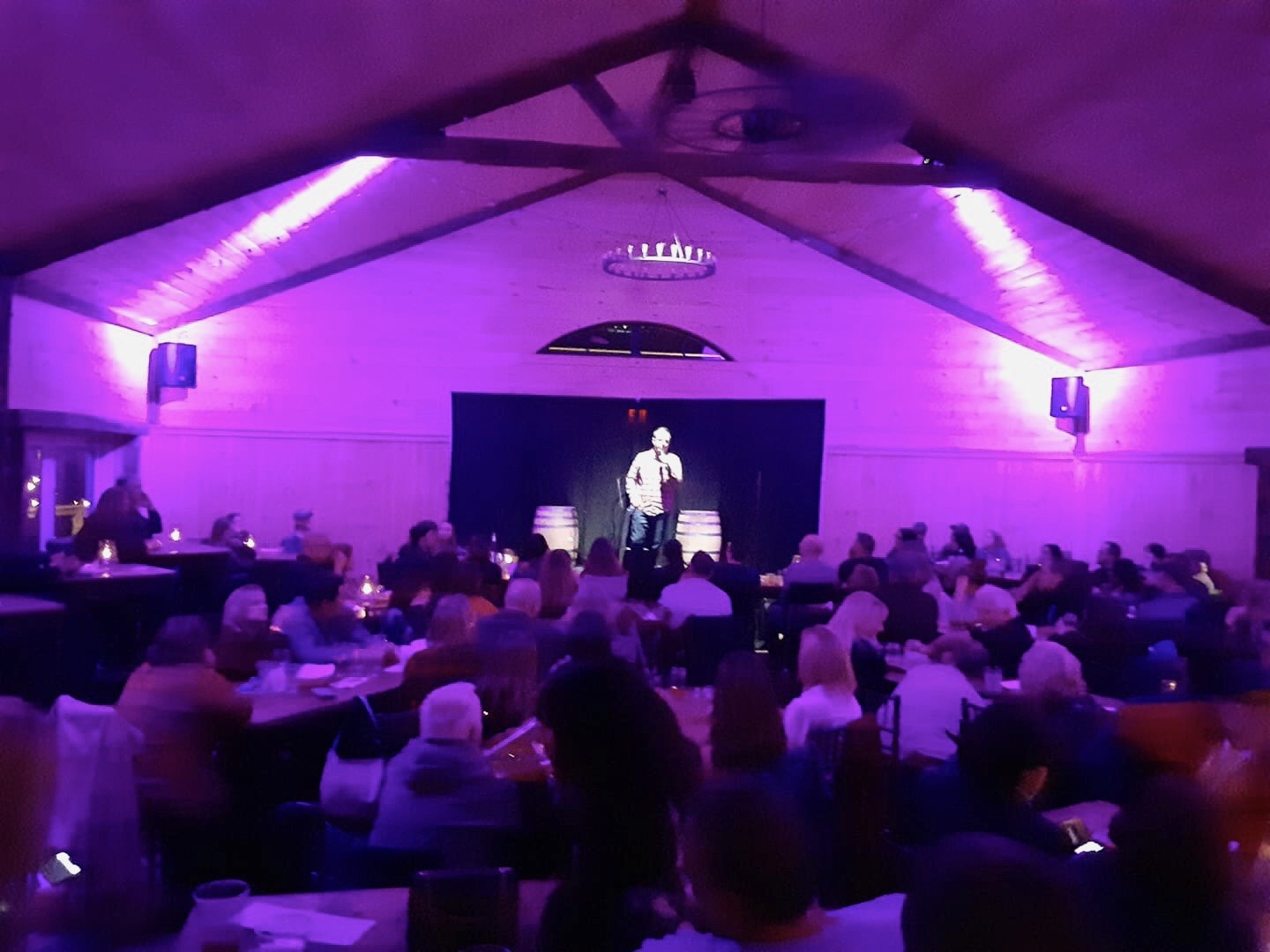 Laugh til’ your face hurts at The Saratoga Winery’s Comedy Show!

Saturday, February 8th at 8:00pm in the Wine Barn.

Headliner: PAUL NARDIZZI
Paul Nardizzi has made numerous appearances on Late Night with Conan O’Brien, Comedy Central, NESN Comedy All Stars.  Paul also won the Boston Comedy Festival Competition and is one of the most requested acts on XM Satellite Radio. As a top stand up comedian in Boston and the New England Area, he is known for his rapid-fire comedy, ability to engage the crowd, and tailor material to audiences.
Featuring: Matt McArthur & Shafi Hossain
Opening: Matt Hart
Tickets just $25 for show and $45 for dinner and show.